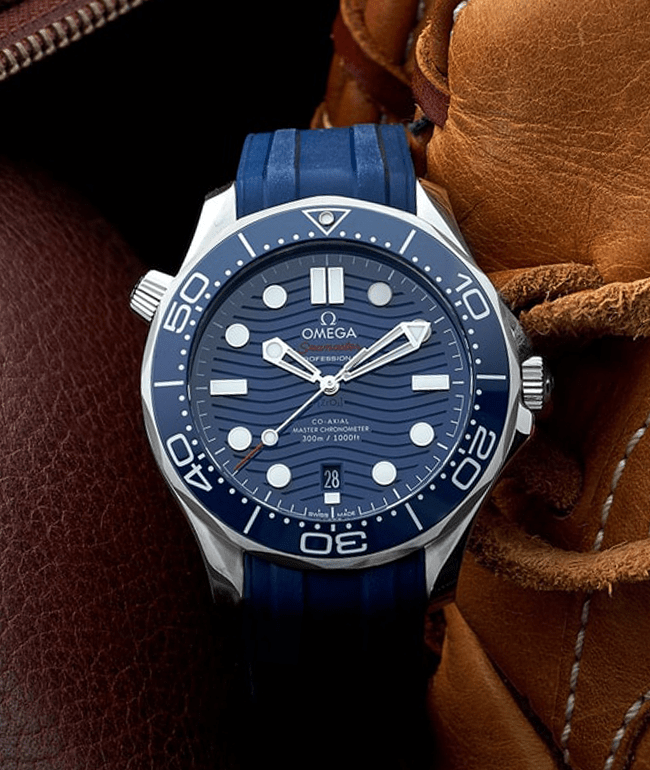 TELL US ABOUT YOUR WATCH
Submit your information using our Sell Omega Watch Form on this page.

RECEIVE A FREE OFFER
An estimate based on current market value will be given to you by phone or email.

MAIL US YOUR WATCH
You will be sent a FREE insured FedEx Label with instructions on safely mailing your watch.

GET PAID
Upon accepting our offer, payment will be made immediately by company check or bank wire.

I sold my Rolex Daytona to South Bay Coin because they paid the best price. They offer free shipping and insurance and was wired the money the same... day the watch arrived. I highly recommend you check out South Bay Coin when you have a Rolex to sell.read more
Lorenzo S.
Best place to sell a Rolex Watch. The price I got for my Rolex Daytona was higher than I was offered anywhere else. The fastest and easiest way to... sell a watch for immediate payment! Highly recommended.read more
ricardo G.
Best price paid for my Rolex GMT. It was definitely worth the short drive from Santa Monica to get the best price. Great customer service and I was... paid in cash. Highly recommended!! Thxs guysread more
Rogerツ
After checking other competitors I decided to call South Bay Coin and I’m glad I did. I was guided through the process of how to mail in my Cartier... watch. The process was simple and I was paid within 24 hours of them receiving my watch.read more
marlene S.
I sold my Fathers Rolex Submariner and got 400 dollars more than two other offers I was given, so I took it! I live in Arizona and used their mail in... program. It was easy and no hassle at all. I was wired the money within hours of them receiving the watch. Thank you for helping me sell my Rolex Submariner. I highly recommend them! I seriously felt like they went out of their way to help me. Can't tell you how much I appreciated that.read more
Cary C.
Best prices paid in cash. Sold some gold jewelry and a Men’s Rolex Submariner. The gold jewelry was weighed in front of me and they offered 500... dollars more than other cash for gold places. The Rolex price was also great and was paid 300 more than the 2 other quotes I got. Highly recommended. Thank you guys..read more
Jay A.

Time For An Upgrade?

Sell your new or pre-owned Omega watch for cash today! Use the money towards a new watch that suits your style.

The second most popular watch brand in the world after Rolex, OMEGA’s story dates back to 1848 when founder Louis Brandt established his Swiss watch company. Over the course of the brand’s history, OMEGA has enjoyed incredible milestones such as being the first watch on the moon, official timekeeper of the Olympic Games, and the official watch of James Bond. OMEGA counts a number celebrities and athletes as brand ambassadors including supermodel Cindy Crawford, actress Nicole Kidman, actor George Clooney, and top golfer Rory McIlroy.

OMEGA boasts some of the most sought-after vintage and modern luxury timepieces in the world and as such, there’s always a strong demand when selling pre-owned OMEGA watches. When considering selling, South Bay Coin is the best place to sell to OMEGA watches. As a premier online OMEGA watch buyer, we will buy your used OMEGA watch at the best prices possible. With 30 years of experience in the high-end watch business, South Bay Coin has an international network of OMEGA buyers, collectors, and enthusiasts ready to purchase your used OMEGA timepiece. We will pay the highest prices for pre-owned OMEGA watches. We buy most OMEGA models including Speedmaster, Seamaster, or De Ville timepieces. If the original box and papers are also provided, we will pay you a premium when you sell your OMEGA watch to us.

We specialize in the purchase of high-end luxury watches and fine jewelry, including OMEGA and other fine timepieces. Our company is a better alternative to auction houses. Auction houses charge you high fees and commissions when selling your pre-owned timepiece and there’s also a long waiting period for sales and payments. Furthermore, you are not even guaranteed a sale at an auction house. South Bay Coin simplifies the process by paying you the highest price possible, immediately. Our company offers a safe, trustworthy, and easy-to-use online selling service. Whether you have one OMEGA watch or an entire collection to sell, take advantage of our highest buying prices. All transactions are strictly confidential. South Bay Coin is a licensed, bonded, and insured online OMEGA watch buyer. We pay the most and the fastest, so sell your OMEGA watch to us today. Simply fill out the form on this page and leave the rest to us!

GET THE VALUE OF YOUR OMEGA WATCH

WE BUY ALL OMEGA WATCH MODELS